During embryonic development, there are a series of morphogenetic events that lead to the formation of the neural tube. Primary neurulation always occurs in the brain and most of the trunk regions. It involves several tightly orchestrated signaling pathways, such as proteins from the TGFβ/BMP family. Some studies have shown that the small molecule inhibitors (SB431542 and Noggin) against TGFβ/BMP signaling results in rapid neural conversion of hPSCs. However, the molecular mechanisms for secondary neurulation are still unknown. 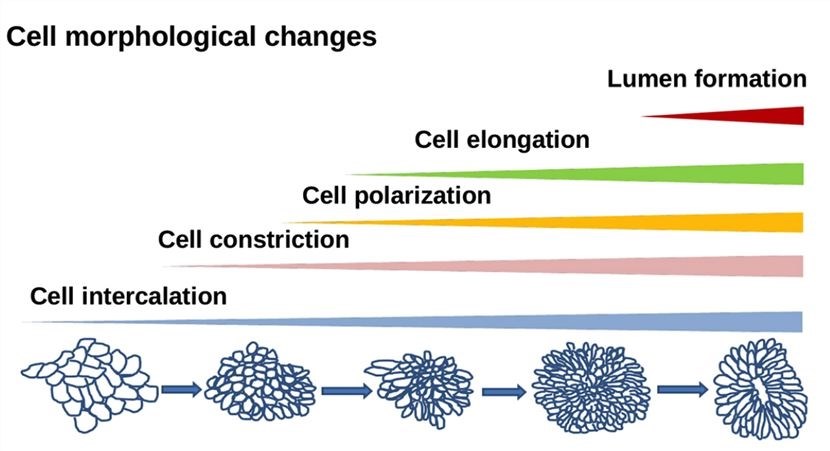 Neural rosettes refer to radially organized cellular structures. It is the developmental characteristic of neural progenitor cells in differentiated embryonic stem cell cultures. With the formation of neural rosettes, neural tube development and neural differentiation can be modeled using human pluripotent stem cells (hPSCs) in vitro. The neural markers expressed in neural rosettes include SOX2, PAX6, and SOX1. And inhibition of BMP signaling would result in the expression of these markers and the rosette morphology. The necessary morphogenetic movements for rosette formation include intercalation, constriction, polarization, elongation, and lumen formation. During these five steps, Ca²⁺ signaling plays an important role by regulating the cytoskeletal complexes, actin, myosin II, and tubulin. In addition, neural rosettes can differentiate into distinct region-specific neurons and glia. Recent research has shown that the dismantlement of neural rosettes promotes neurogenesis and astrogenesis prematurely, which means that the complete rosette structure is essential for orderly neurodevelopment. 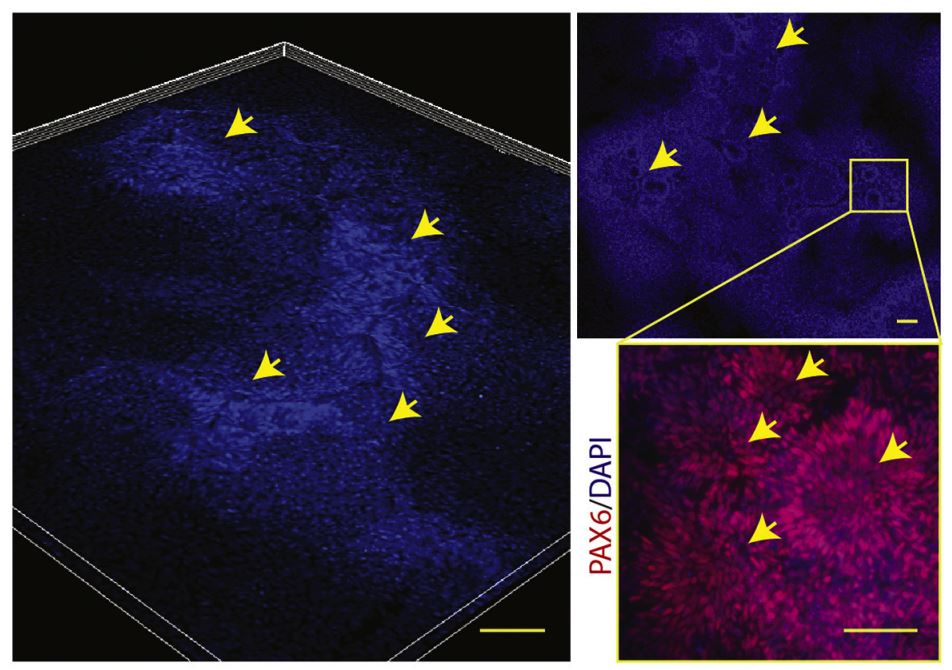 The rosette formation is a histopathological hallmark for multiple tumors, such as a primitive neuroectodermal tumor, human medulloblastoma, glioblastoma, and neuroblastoma. The understanding of secondary neurulation presents great potentials for the prevention of caudal neural tube defects.

Creative Biolabs is one of the well-recognized experts who are professional in applying advanced platforms for a broad range of neurosciences research, now we provide the novel STEMOD™ neuroscience ex vivo models for our clients all over the world. If you are interested in our services and products, please do not hesitate to contact us for more detailed information.