The central nervous system (CNS) is the most complex entity in the human body. It is susceptible to irreversible degenerative and traumatic injuries, which can severely impair its function and significantly reduce the life quality of patients. CNS diseases and injuries remain some of the most challenging medical, social, and economic problems to date. Specifically, CNS diseases such as Alzheimer's disease (AD) and Parkinson's disease (PD) are significantly more prevalent in the elderly. With an aging global population, the number of people affected by these degenerative neurological disorders is expected to rise to unprecedented levels. Therefore, laboratory-based, bottom-up studies of the complicated pathophysiological mechanisms of CNS diseases promise to accelerate the evaluation and development of novel repair strategies.

A series of recently developed techniques hold promise to accelerate the investigation of nervous system disease mechanisms and contribute to the development of novel therapies. First, the genomics revolution has led to the identification of specific copy numbers and gene variants that confer an increased risk of brain disorders. Second, the swift pace of genome engineering tool development with CRISPR-Cas9 has enabled rapid, precise, and multiplexed genome modifications to investigate gene-function relationships in cellular, rodent, and primate models. Third, patient-derived somatic cells can now be converted into human-induced pluripotent stem (hiPS) cells capable of differentiating into a wide variety of cellular lineages in culture. These advances in cellular reprogramming make it possible that the in vitro generation of neurons and other brain cell types from an individual's unique genetic background. Lastly, the bioengineering of stem cell-derived, self-organizing, three-dimensional (3D) cell cultures also known as organoids introduces more degrees of developmental freedom and models brain structure in remarkable and surprisingly complex ways. 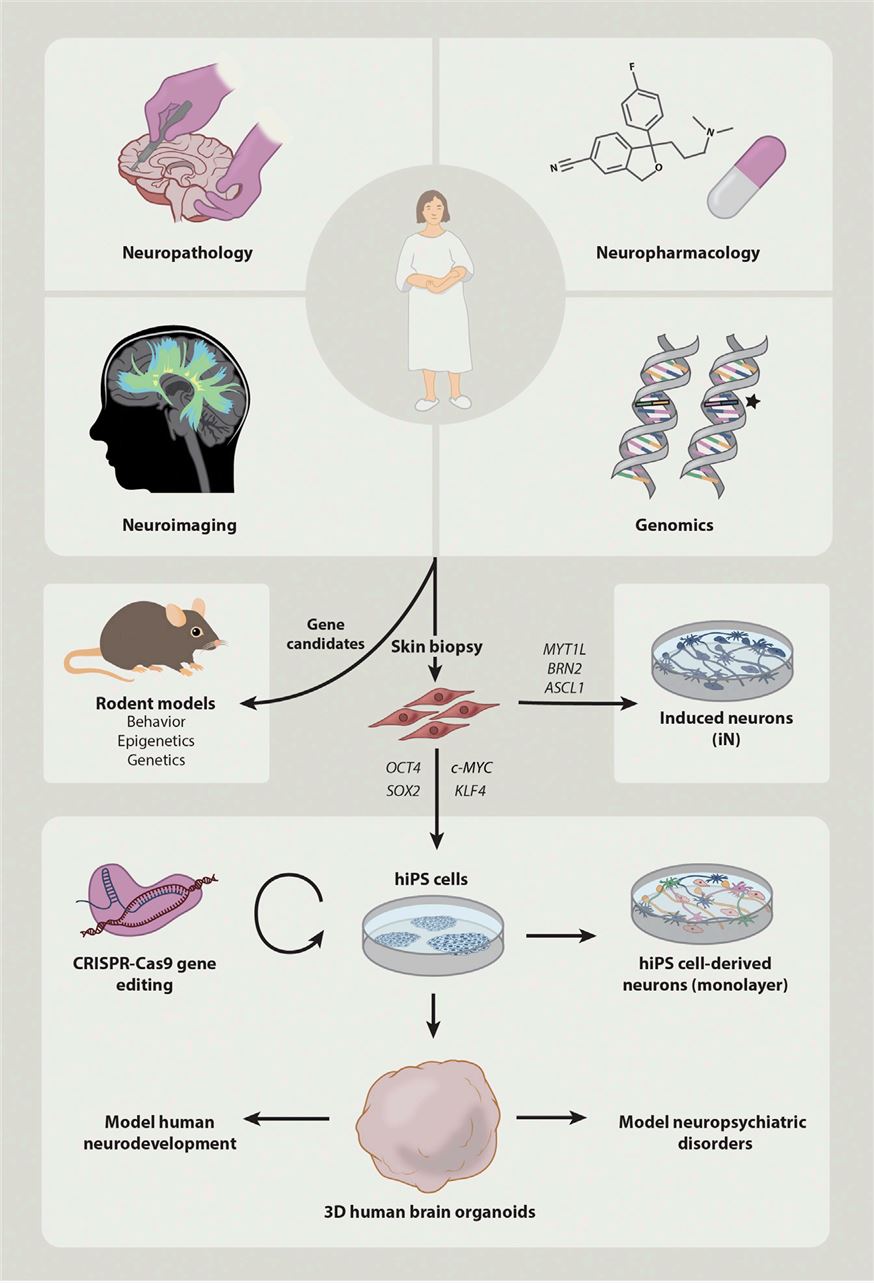 Why In Vitro Models Important in CNS Diseases?

AD is characterized by progressive memory, language, and behavioral dysfunction and is associated with β-amyloid plaques and neurofibrillary tangles in extracellular and intracellular neuronal spaces, respectively. Mouse models lack neurofibrillary tangle pathology, and while monolayer neuronal cultures from AD patients express toxic proteins, they lack both plaques and tangles, which limits their utility as model systems.

The prevalence of Huntington's disease (HD) is 4-10 per 100 000 in the western world, with many more people at risk of the disease. The mean age of onset is 40 years, with death occurring 15-20 years from onset. Clinical features of HD include progressive motor dysfunction, cognitive decline, and psychiatric disturbance probably caused by both neuronal dysfunction and neuronal cell death. Stem-cell-based technologies represent a promising direction in HD treatment because of the ability of stem cells to differentiate into NPCs and replace damaged neurons as well as prevent neural cell death.

The incidence rate of PD occupies the second most frequent position in neurodegenerative diseases, is about 20 cases per 100,000 population and the prevalence of PD is approximately 160 cases per 100,000 population. Due to loss of dopamine neuron (DAn) in the substantia nigra pars compacta (SNpc), patients manifest motor degeneration in later stages, including resting tremor, rigidity, akinesia, and impairment of postural reflexes. To date, the animal model of PD has progressively matured, however, those gross experimental PD models cannot recapitulate the intrinsic neuropathological features of PD, which do not repeat the special vulnerability to neurodegeneration of DAn and the natural process of Lewy bodies and Lewy neurites. Stem cells have multi-lineage differentiation potential, maintain self-renew and proliferative ability, which make us create conditions to model inherent features in the pathogenesis of PD and study PD at the cellular level. 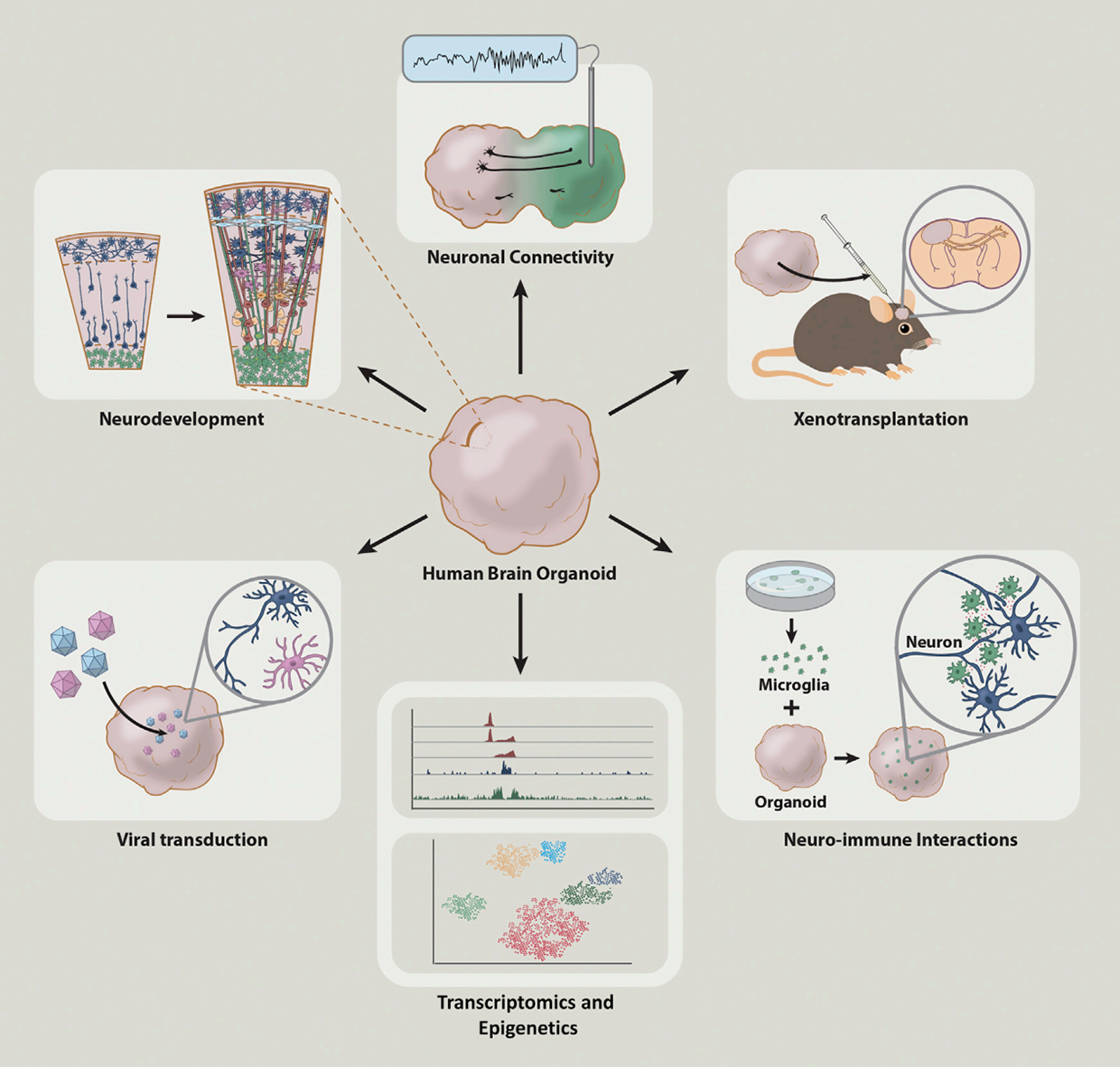 As a global-leading CRO company, Creative Biolabs has a great reputation for providing neuroscience-based services. We have optimized our neuroscience in vitro model platform with advanced technologies, high-quality facilities, and professional experts. Our platform can offer reliable custom CNS disease modeling services including but not limited to Alzheimer's disease models, Huntington's disease models, and Parkinson's disease models. All these advantages consist of strong guarantees of the quality of our services.

If you are interested in custom CNS disease modeling services, or you have any other questions about our services, please feel free to contact us for more information.