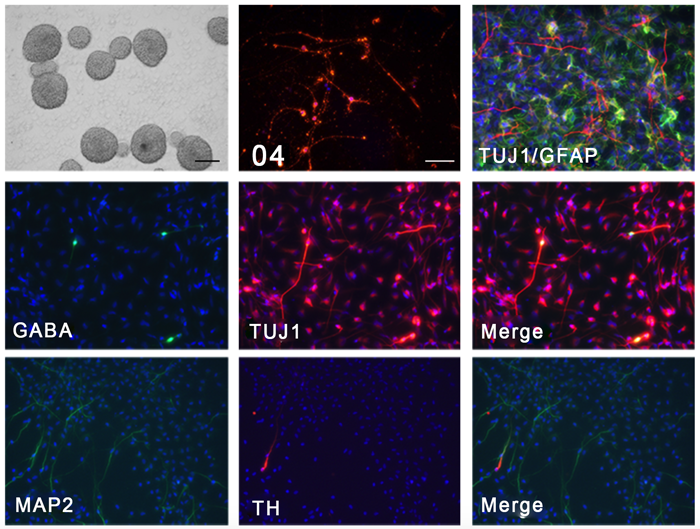 Based on the characteristics of stereotyping and proliferation, the hES-NP cells can be used as a scalable source to produce various types of neurons and glial cells, for toxicant and drug screening, and ultimately for cell-based alternative therapies. SHH and FGF8 are important dopaminergic (DA) neuron inducers, the DA neurons can be obtained from hES-NP cells following the exposure of SHH and FGF8. And its differentiation efficiency can be improved with LMX1A, a recombinant midbrain factor. In addition, better culture systems and microenvironments can further increase differentiation efficiency. The CBF1 and bFGF responsiveness showed that these hES-NPs are similar to embryonic neural progenitor cells. Besides DA neurons, a variety of neuronal subtypes can be obtained from hES-NP cells which include but are not limited as follow:

Creative Biolabs is one of the well-recognized experts who are professional in applying advanced platforms for a broad range of neurosciences research, now we provide the novel STEMOD™ neuroscience ex vivo models for our clients all over the world. If you are interested in our services and products, please do not hesitate to contact us for more detailed information.