For decades, most of our understanding of brain development and diseases affecting the central nervous system (CNS) has been based on traditional two-dimensional cell cultures and animal models. While many experimental methods rely on rodents or non-human primates, the brains of these animals differ substantially from those of humans in terms of both their structure and function. For example, the human brain contains a human-exclusive outward-expanded subventricular zone (oSVZ) that increases the volume and function of the mature cerebrum. Anthropological studies have revealed that the human brain contains more elaborate cytoarchitectonic subdivisions than the brains of lissencephalic primates and gyrencephalic rodents. Besides, animal brains exhibit a lower encephalization quotient, lower neuronal density, and distinct permutation characteristic when compared with those of humans. Therefore, preclinical experiments using conventional models sometimes lead to disappointing results in disease modeling and drug screening studies.

Three-dimensional cerebral organoids form more heterogeneous structures in vitro, eventually developing into different progenitor zones and taking on the characteristics of various brain regions. Since these systems more closely mirror the spatial architecture of the brain in vivo, they can be used to study pathophysiological processes as well as the effects of genetic manipulation on such processes. 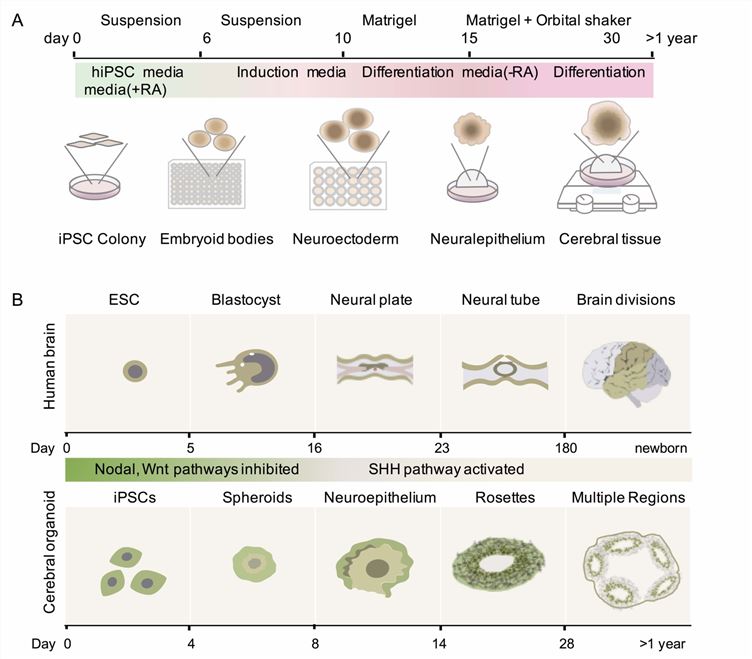 Applications of Whole-brain Organoid in Research

Neuropsychiatric diseases such as schizophrenia, depression, and autism spectrum disorder (ASD) have complex disease profiles, affecting multiple aspects of cognition, personality, and perception. Due to such complexities in symptomatology, polygenetic etiology, and the limited availability of diagnostic markers/research models, neuropsychiatric diseases, which are now considered neurodevelopmental in origin, have been difficult to study experimentally and remain poorly understood. 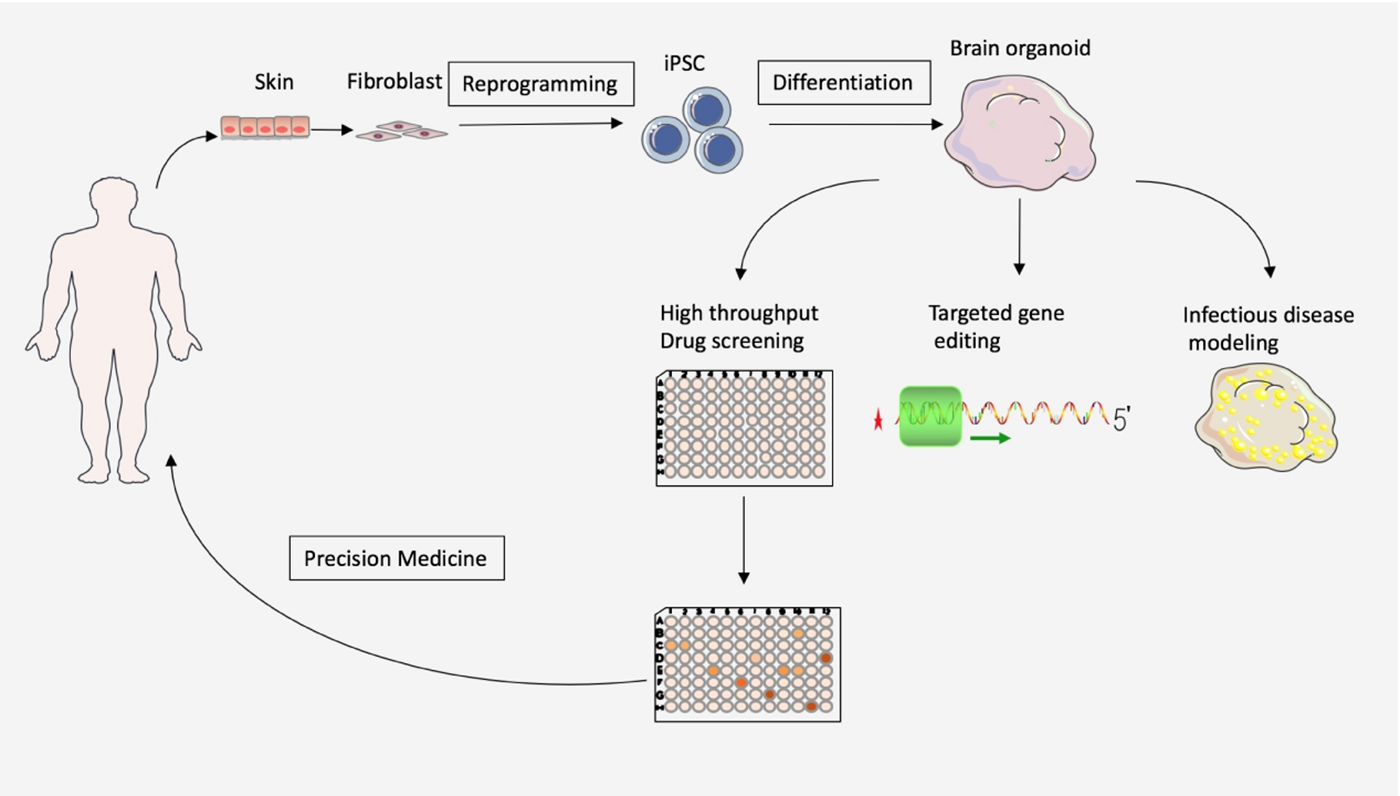 These studies demonstrated that cerebral organoids can be broadly used to unravel the pathogenic cellular mechanisms of neurodevelopmental diseases.