Since the beginning of the past century, neuroscientists and biologists have devoted considerable efforts to developing in vitro methods to culture nerve cells. These in vitro systems have played an important role in the understanding of basic physiological processes of nervous system cells and can also be used to analyze the neurotoxic effects of chemicals and their underlying mechanisms. Neurons in primary culture are prepared directly from animal brain tissue and do not divide in culture. After isolation and plating, neurons form synapses and become electrically active, acquiring a neuronal phenotype, and ultimately dye. In choosing an in vitro cell culture model based on primary cultures, one should consider the fact that neurons from different areas of the nervous system have different characteristics and properties.

Cerebellar granule cells are interneurons in the granular layer of the cerebellar cortex and represent the most numerous neuronal populations in the cerebellum. The high purity of cerebellar granule cell cultures makes these neurons particularly suitable for in vitro studies. Cultures of embryonic rat hippocampal neurons have found favor in basic neurobiology and are also relevant for neurotoxicology. 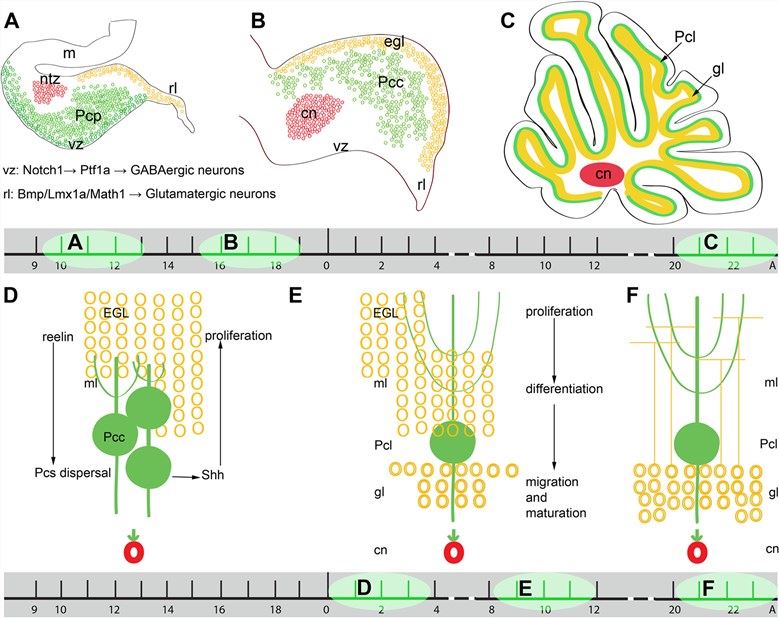 Fig. 1 Timetable and sources of the cerebellar neurogenesis and granule cells formation. (Vriend, 2015)

The cholinergic system appears to be involved in physiological responses to neuropsychiatric disorders, such as anxiety, schizophrenia, pain sensation, Parkinson's disease (PD), Alzheimer's disease (AD), and other cognitive dysfunction. Clinical studies have reported the atrophy of the basal forebrain cholinergic neurons in AD patients. In addition, forebrain cholinergic neurons degeneration was found in the brain of patients with PD. There is evidence of the protective effects of cholinergic system stimulation in multiple sclerosis. 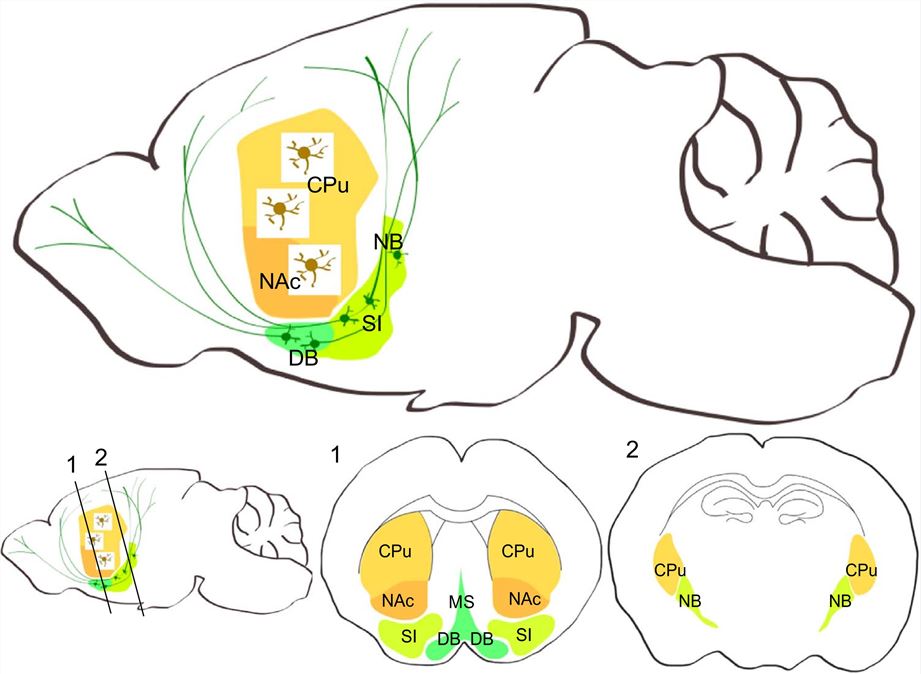 The striatum is a subcortical area of the brain, which represents the major component of the basal ganglia and processes the inputs involved involuntary movements. More than 90% of neurons in the striatum are the so-called medium spiny neurons, characterized by the presence of fine spines on the dendrites which use GABA as a neurotransmitter. All cortical areas send excitatory glutaminergic projections to specific portions of the striatum. The striatum also receives excitatory inputs from the intralaminar nuclei of the thalamus, dopaminergic projections from the midbrain, and serotoninergic input from the raphe nuclei. Depletion of dopamine in the striatum, as seen in Parkinson's disease, may lead to impaired movements.