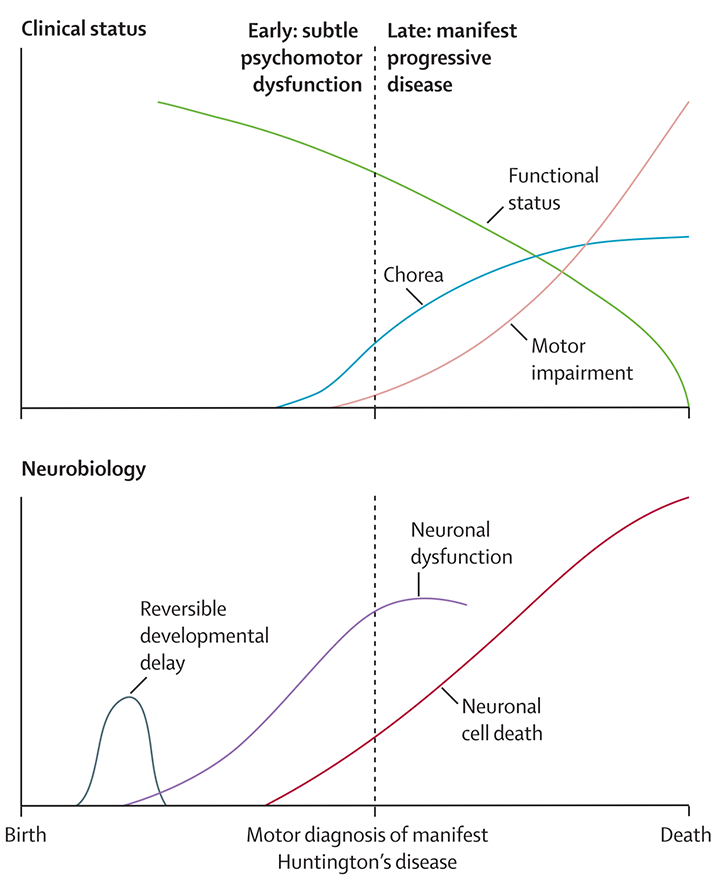 Fig.1 Progression of Huntington's disease over a patient's lifespan. (Ross, 2011)

Huntington's disease (HD), an incurable hereditary progressive neurodegenerative disorder accompanied by symptoms, such as dementia, chorea, and depression, is caused by the loss of the GABAergic medium spiny neurons (MSNs) in the striatum. Degeneration of GABAergic MSNs causes an empty space in the brain, which is greatly increased in the HD patient brain. For individuals affected with HD, there is an expansion of the CAG repeat region within the huntingtin (HTT)-encoding genes, resulting in aggregates of polyglutamine. The clinical course of HD is progressive for many years, ultimately leading to severe brain atrophy and death. The disease is inherited in an autosomal dominant manner, and it occurs at a rate of 4-10 individuals per 100,000 population, mostly in 30-40-year-olds. However, therapeutic agents for the treatment of HD have not yet been developed.

Importance of In Vitro Models in HD

To study HD pathology, researchers have relied on animal models. Animal models have revealed many fundamental findings, however, animal models suffer from various drawbacks: (1) The use of animals for research has raised ethical concerns from animal rights groups; (2) There is a wide gap between animal and human physiology, so one must always extrapolate animal data to predict the human scenario. Animal models, for the aforementioned reasons, are increasingly falling out of favor. Therefore, researchers have developed more suitable in vitro systems to elucidate HD pathophysiology.

Application of In Vitro Models in AD Research

Until now, many stem cell-based 2D in vitro HD models have been developed, but a limited number of relevant physiological models exist. For example, Zhang et al. used suspensions of self-aggregating HD-iPS cells to generate NSCs. Within this 3D system, the HD-NSCs differentiated into striatal neurons containing the same CAG expansion found in the HD patient from whom the iPS cell line was established. Such differentiated cells could serve as a human HD cell model to analyze its pathophysiology or for drug screening.

Devoted to in vitro CNS diseases modeling services for more than 10 years, Creative Biolabs has gradually optimized our platform with advanced equipment, emerging technology, and professional talent. We are now capable of offering a variety of in vitro CNS disease models and open the platform to customers around the world. Huntington's disease models service is one of the models we are good at.

If you are interested in ex vivo Huntington's disease models, or any other custom CNS diseases modeling services on the websites, please feel free to contact us for more information.