James Parkinson revealed a detailed description of six patients with shaking palsy in 1817 and after his death, the mentioned description known as Parkinson's disease (PD), which is now the most common neurodegenerative disorder after Alzheimer's disease. The pathological hallmark of PD is the degeneration of dopaminergic neurons of the substantia nigra pars compacta (SNpc). The loss of this neuronal population results in functional imbalances in the nigrostriatal pathway, leading to lowering the level of dopamine (DA) in the striatum. This leads to motor dysfunction and the development of the classical symptoms of PD. Motor symptoms including resting tremor, bradykinesia, and rigidity of skeletal muscle, postural instability, stooped posture, and freezing of gait are clinical symptoms in PD. Furthermore, non-motor symptoms such as cognitive and behavioral problems, besides sensory impairments are seen in the patients. The prevalence of PD is approximately 0.3 % in the general population in developed countries and affects about 1% of those older than 60 and it is unusual to occur before the age of 50. Notably, men are at higher risk than women. 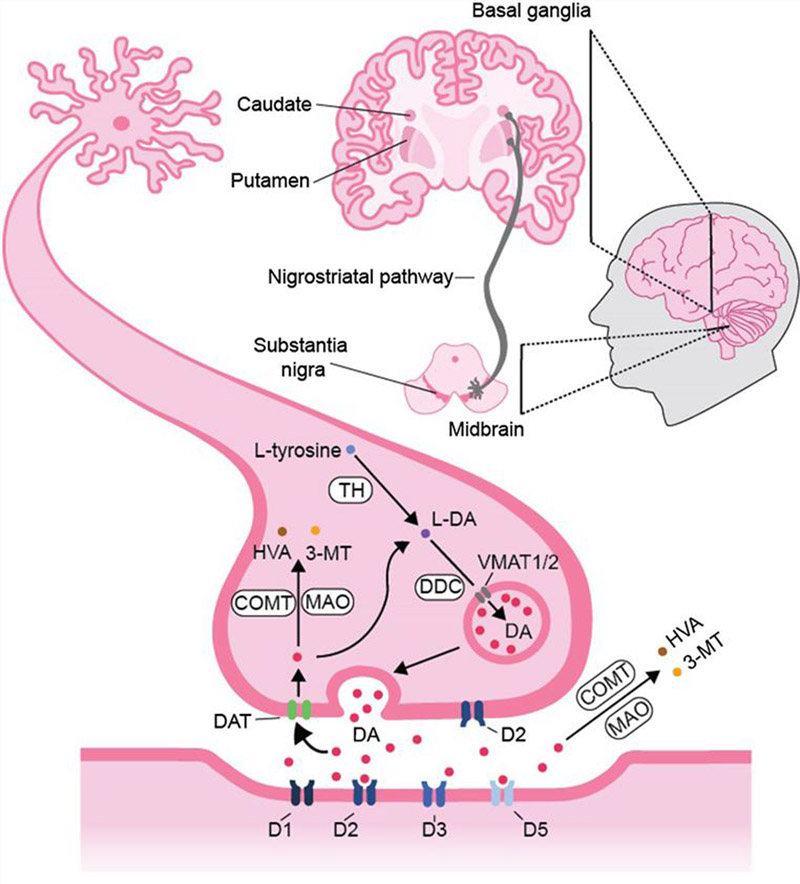 Fig.1 The dopaminergic neuron and the nigrostriatal pathway. (Lopes, 2017)

Importance of In Vitro Models in PD

Animal models are useful for investigating PD progression as they are amenable to behavioral tests. However, as humans are the only species that develop neurodegenerative disorders, it is necessary to induce dopaminergic damage and/or LB pathology in these models. To date, no model has recreated the full spectrum of PD, which makes it difficult to evaluate molecular mechanisms and translate these findings to humans. In vitro models present a controlled environment that facilitates investigations of molecular and cellular pathophysiological mechanisms of dopaminergic degeneration in PD and the screening of potential therapeutics. 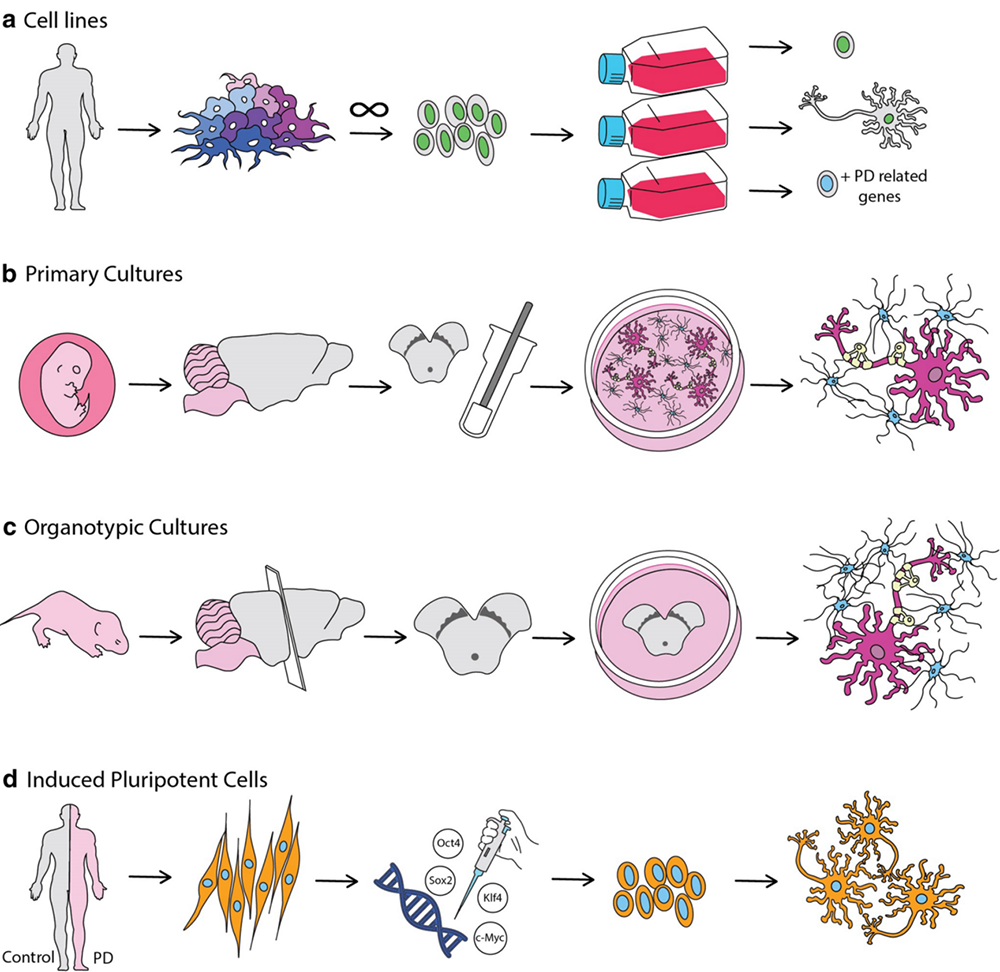 Application of In Vitro Models in PD Research

PD is still an incurable disease, with current treatments being palliative and only addressing the symptoms. Hence, to date, there are no disease-modifying therapies that can stop or slow PD progression. This is mainly attributed to the lack of understanding regarding the pathogenic process underlying dopaminergic degeneration. A large amount of research data regarding PD pathophysiological mechanisms have been obtained using in vitro experimental models, which provide evidence and hypotheses about the initial steps of PD pathology.

Examples of discoveries in PD research using in vitro models:

Hence, it is clear that in vitro models are useful for the study of PD pathogenic mechanisms and have a clear and essential place among the battery of models available for use in PD studies.

As an industry leading CRO, Creative Biolabs has thrown a great deal of manpower, material, and financial resources into in vitro CNS diseases modeling platform. After years of hard work, our platform has finally been completely optimized and opened to customers around the world. We are now capable of offering a variety of custom ex vivo CNS diseases model services, including Parkinson's disease model.

If you are interested in our custom disease model services, or any other custom CNS diseases modeling services on our websites, please don't hesitate to contact us for more information.