The fundamental purpose of neuronal tracing is to chart the connections within the central nervous system (CNS). Over the last few decades, the step-by-step progress of tracing techniques has involved a range of different methodologies based on a common principle that of axonal transport. Concerning the direction of transport, it is possible to distinguish between the anterograde and retrograde transportation of tracer material. In terms of neuroanatomical tools, anterograde axonal transport enables the projection targets of individual or groups of neuronal cells to be charted within the CNS. In contrast, retrograde axonal transport allows identifying the cells of origin of afferent nerve fibers to a particular target zone. These two approaches allow for the identification of anterogradely labeled axons and retrogradely labeled neurons on the ultrastructural level. 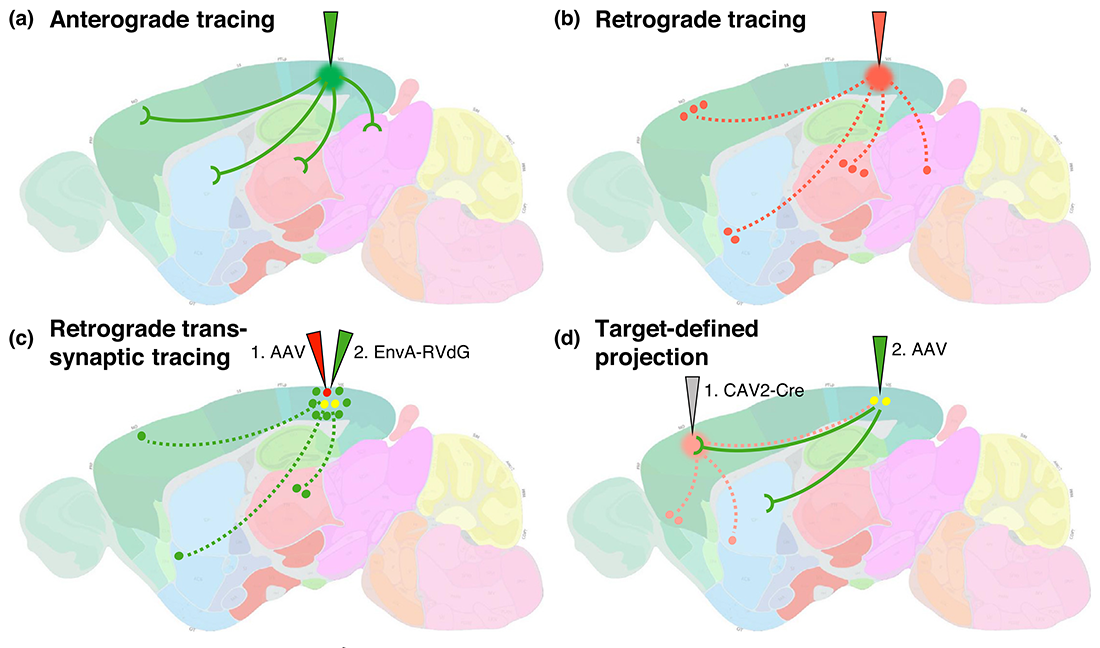 There are two advanced systems used for anterograde tracing with the higher quality of neural labeling that may help us to understand the neuronal function closely, including: 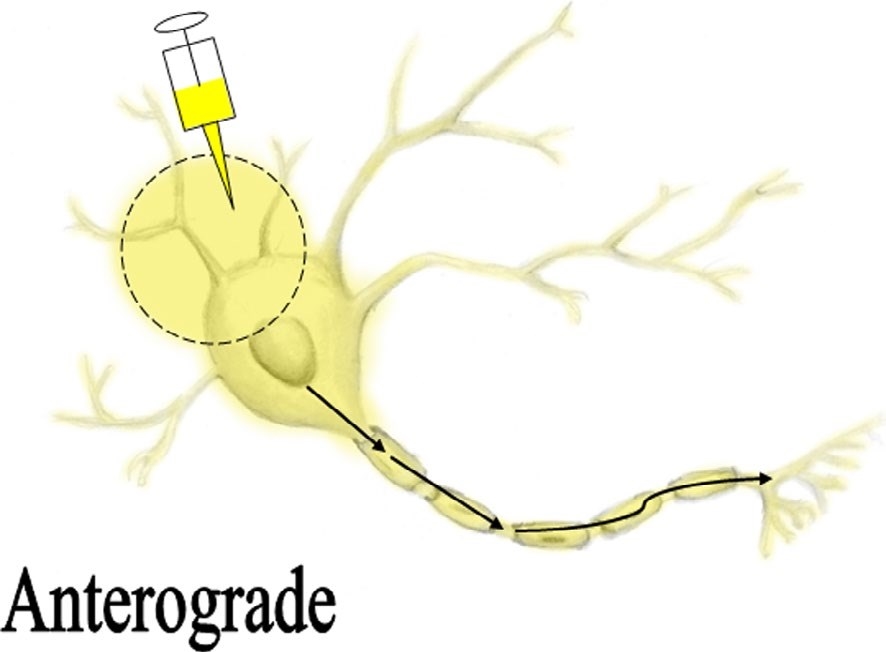 For retrograde tracing, there are also two main labeling systems for neural tracing specifically, including:

The retrograde double-labeling methods remain the best choice for longer pathways. In addition, the retrograde tracing techniques allow the assessment of many cells, meaning that projection patterns that characterize a small percentage of cells can be revealed. In many cases, it can be argued that the best approach would obtain data with retrograde multi-labeling methods and to confirm and supplement those data with single axon re-constructions. 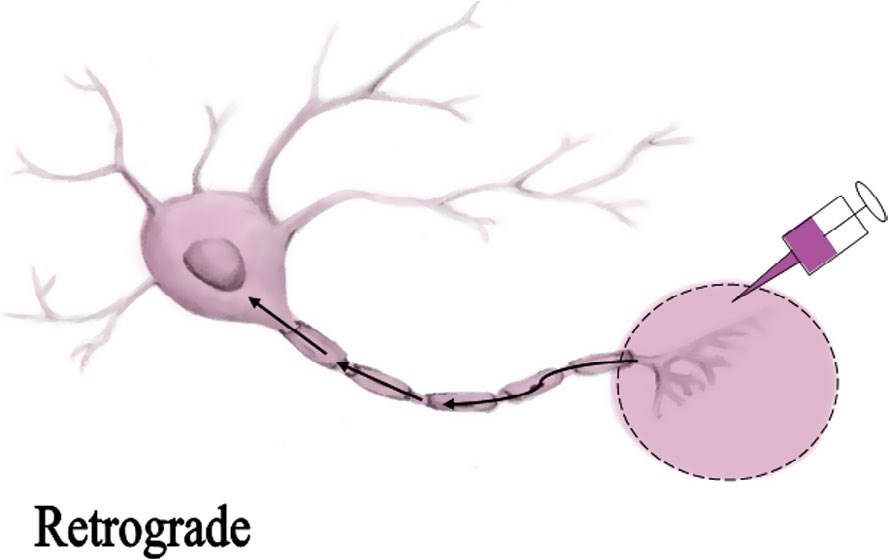 Combination of Tracing with Immunocytochemistry

With the advent of immunocytochemistry, neurochemically distinct subpopulations of neurons could be differentiated within a given brain region. The question arose to what extent these different neuron types contribute to fiber tracts. To answer this question, it is logical to combine tracing with immunocytochemistry, which allowed neuroscientists to characterize projection neurons based on their transmitter content. This approach reveals many neurochemically distinct subpopulations of projection neurons as the cells of origin of the major fiber tracts. For example, sensitive retrograde tracer Fluoro-Gold can be combined with various immunocytochemical markers to identify subpopulations of projection neurons in the brain.

The discovery of the basic anatomical principle that many fiber tracts within the brain are anatomically and neurochemically heterogeneous also had considerable implications for using anterograde tracers. An anterograde tracer injected into a brain region will be taken up by the different projection neuron types. Consequently, a neurochemically heterogeneous group of axons is labeled within the fiber tract and in the target region of the projection system. To distinguish between the different fiber types terminating in a brain region, it is necessary to combine anterograde tracing with immunocytochemistry. This approach allows for the identification of the neurotransmitter within an anterogradely labeled axon and has been successfully employed on both the light- and electron microscopic level.

By providing customized solutions and high-quality services, Creative Biolabs is your reliable partner. We offer many different technical platforms and focus on ideal neuroscience tools development that meets all your requirements. Please contact us for more information, and we look forward to finding the best solution for your needs.